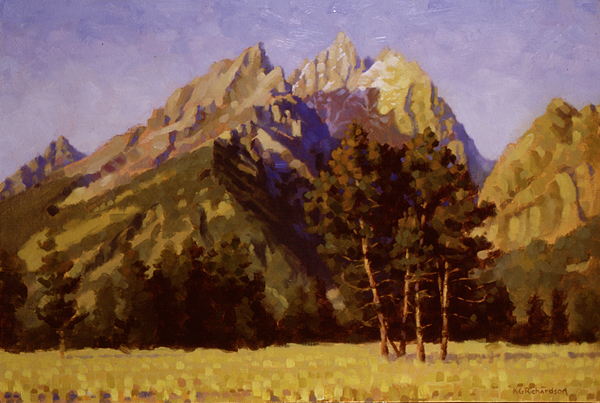 Arts for the Parks

Arts for the Parks was an international art competition started in 1987, Richard Schmid was the first winner and received the grand prize of $100,000. The subject matter was The National Parks and Monuments of the United States. There were strict size restrictions that applied to all entries. The format was 18 inches by 24 inches

The grand prize was reduced to $50,000 after a few years. The size restrictions were also changed, a painting could not exceed 600 square inches. 2,600-3,000 artists entered each year. The top artists in the nation entered: William S. Phillips, Richard Schmid, Thomas Kinkade and the list goes on. A panel of three judges, which changed from year to year, selected the Top 200 paintings from slides sent in by the artists.

The Top 200 entries were sent to Jackson Hole, Wyoming where the contest was headquartered. The Top 100 entries qualified for the grand prize and toured the United States for a year. The Second 200 were displayed in separate show.